Posted on January 21, 2014 by poolsandpastures 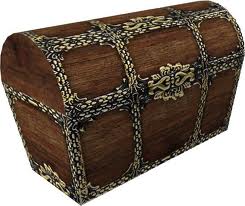 Parables. I love them. They’re awesome because they use an understandable story to illustrate a spiritual truth. And, Jesus loved to tell them.

Matthew introduces us to seven of Jesus’ parables in chapter 13. Six of them deal with the kingdom of heaven specifically, and the seventh is about the message that must be received by faith for entrance into the kingdom. These parables are fairly self-explanatory and for those couple that aren’t, Jesus provided an explanation for his disciples and us. I have one major observation and one point of application that stood out in my mind as I read the chapter.

The disciples ask Jesus an important question. “Why do you speak in parables?” His answer is not too surprising. Jesus taught in parables to differentiate between the spiritually alive (responsive) and spiritually dead (unresponsive). The mysteries of how the kingdom would break into this world through the life and person of Jesus and how it would operate until its final consummation at his return were revealed to the disciples, the faithful followers. Those who rejected him, however, would not receive this blessed revelation. Jesus sovereignly used these parables to either soften men’s and women’s hearts so that they would respond in faith to him or to further harden their hearts in unbelief rendering them incapable of accepting his message of grace and truth.

The Treasure of Heaven

There is one parable that stands out to me every time I read it. And, that’s the parable of the hidden treasure (v. 44). It’s a simple one verse parable, but it’s message is profound. The man in the parable finds a treasure. He values the treasure so much that he sells everything he owns in order to buy the property in which the treasure is buried. Jesus says that the kingdom of heaven is like the buried treasure. The story begs me to answer the question, “Do I value the kingdom of heaven more than anything else in my life?”

Jesus’ point is NOT a prohibition against owning property or other things. It is NOT a call to sell everything we own in order to live the life of a pauper. It IS a call value the kingdom of heaven and our membership in it more than anything else in all our lives. The way we do this is by keeping our focus on the king, Jesus. Think about the disciples. They received the blessings of the “secret” revelation because they lived in relationship with Jesus, because they followed him, because they focused on him.

Is he the most precious one in your life? Is he the focal point of your life? How is he calling you to change your life in order to place your full focus on him and his kingdom?